In 151 years, Port Adelaide SANFL boasts 36 premierships. The most SANFL premierships since its foundation in 1870. My grandfather, Joseph Stanley Hobbs, a Best and Fairest winner for the team. I was Absolutely devastated and offended by AFL team Port Adelaide chairman David Koch statement the expanding VFL will be “the best second tier competition in the country” for player development. As referenced by most mainstream media the basic threat to secede from the SANFL an abomination. The move threatening the States Most Successful league team and its 151-year-old Magpies brand. An outrageous and almost bitter statement made after the AFL rejected his bid to don the SANFL traditional prison bars Guernsey for Showdown.

David Koch, whose best known for money management and morning show television trying desperately to be one of the boys in the span of 1 week called Eddie McGuire “nasty” among statements in a petty name calling feud from both AFL Presidents. The rant from Koch, dismissive of true heritage in his comments about Ports continued presence in the SANFL, about Eddie McGuire of Collingwood calling out his large nose facial feature which in response Koch said “Look, Einstein knows I’m no oil painting, but Eddie’s got form in that area, which is just a nasty streak in him when he gets under a bit of pressure he comments about people’s figures, physical appearance and things like that.” Stating when people don’t say “Yes sir, no sir, three bags full sir.” to the Collingwood heavyweight he gets “nasty”. Continuing his rant Koch saying “Look, I’m big enough and ugly enough and I know I’ve got a decent size honker, it’s fine, but to make comments like that I think it’s uncalled for.” The words slung in a fued between interstate competitors in a fight for heritage rights. A heritage David Koch clearly has no real respect for.

Making his weak case for Ports SANFL side to move to VFL David Koch said AFL-listed players moving between the leagues were “playing under one set of rules one week” and another set the next week “if they come up to the AFL”. Calling it “A massive disadvantage to the two AFL clubs for their extended squad, to actually play under a different set of rules when every other club that’s in a second tier (league) has unified rules right throughout the country.”

The games rules of little difference, an example can be made out of the out of bounds rule to which the AFL (Port) began to monitor in 2017. The effect of the ‘last possession’ rule in SANFL differing from the strict interpretation of the deliberate out of bounds rule of the AFL. In 2019, the SANFL making an educational example of their rule (SANFL) which poses little confusion to players. David Koch statement inferring that players are either easily confused or stupid to make his bid for Port Adelaide Magpies to leave the SANFL league.

In the AFL the rule is when the ball goes out of bounds (ball completely over the line) by hand or foot, the nearest opponent shall kick the ball back into play. If there is any doubt as to which team last touched the ball before it went out of bounds, the umpire shall call a ball-up 5 metres in from the boundary line.

The Out of Bounds – Last Possession Rule in the SANFL is a Free Kick shall be awarded against a Player who:

After the shared disappointment in the comments from said AFL Port Adelaide President to its SANFL origins, a personally opinion and heartfelt consensus of many Port Fans is we can only hope this dismal approach to winning games subsides fast and has no effects on the cohesion of both clubs. Port Adelaide in the AFL performing well and in both competitions sitting 5th in the top half of their ladders. The morale of the team’s and supporters is high in 2021. 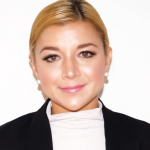 OZ sports, sports writer! A passionate Aussie Rules spectator – you can find me at any given game. With my name on Port Adelaide history board with my SANFL Best and Fairest winner poppa, Aussie Rules is my heart and soul – you could even catch me kicking the football in my spare time!

3rd VS Second to Bottom – SANFL