Darcy McNamara, a dynamic 5’9 guard, will debut for the Norwood Flames NBL1 side in 2023.

The Norwood Flames are excited to announce their first signing of the 2023 NBL1 Season: Sharna Thompson

Norwood Flames Radio back on Ozsports Radio in 2023!

Adelaide Strikers spinne Cameron Boyce will the opening of the KFC BBL 12 after suffering a calf injury at training this week.

Adelaide impressed, the Giants rule NSW, the Vixens survived the fast finishing Firebirds and the Fever set a new scoring record in a wild Round 1.

Dan Ryan returned to Suncorp Super Netball in style, the Melbourne Vixens outpointed a championship contender and the Adelaide Thunderbirds revealed a mighty upside on the opening round of fixtures.

Netty in a nutshell

The only upside of Sam Wallace’s torn anterior cruciate ligament injury is that the NSW Swifts have experience taking care of their own.

They wrapped themselves around Matty Proud in 2019 when the captain had her own knee injury and the club will do the same for Wallace, the big game specialist who shone in both the 2019 and 2021 grand finals.

“It’s going to haunt a lot of us for a long time,” Proud told Fox Netball.

“The kind of screams that came from Sam, and obviously the way it happened I think anyone in that stadium would put two and two together and know the devastation and the pain in her face… it makes me emotional just thinking about it.

Coach Briony Akle’s talented outfit has time to reset. Still, the loss of such a pivotal figure will send a shockwave through the competition.

Most had the Swifts positioned as twop two contenders, a prospect now under siege in such a hotly contested league.

The Vixens and Giants Netball’s impressive starts to the season almost guarantees a re-shaped top four. 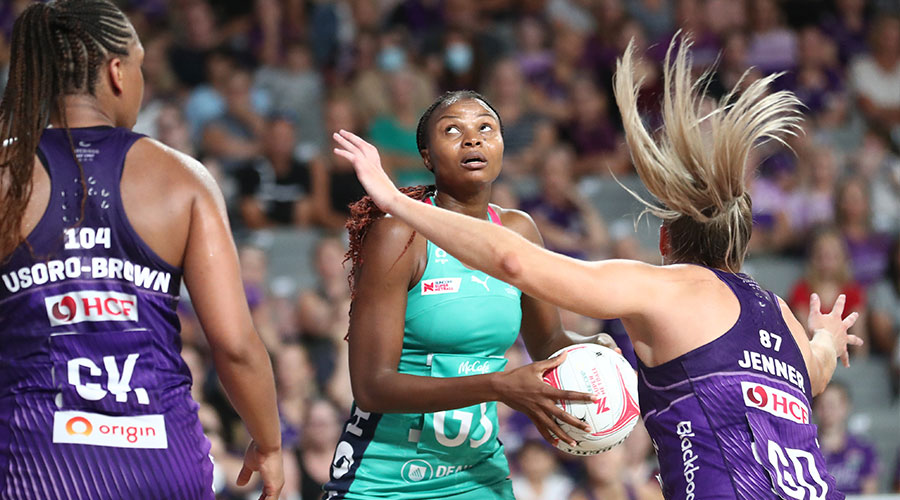 Jhaniele Fowler’s 64 points for West Coast and the Vixens’ Mwai Kumwenda’s 44 points were hard to miss.

Courtney Bruce’s nine gains were pretty special, too, against such a strong opponent in Cara Koenen.

The subtlety and guile of Fowler’s and Kumwenda’s circle partners could be what elevates their teams above the rest.

Sasha Glasgow could have strung out the hammock and watched Fowler go to work but instead her contribution was significant.

Rahni Samason filled a similar role for the Vixens.

She was perfect from her 15 shots, adding a lethal element to three-pronged attack which also features Diamond Kiera Austin. 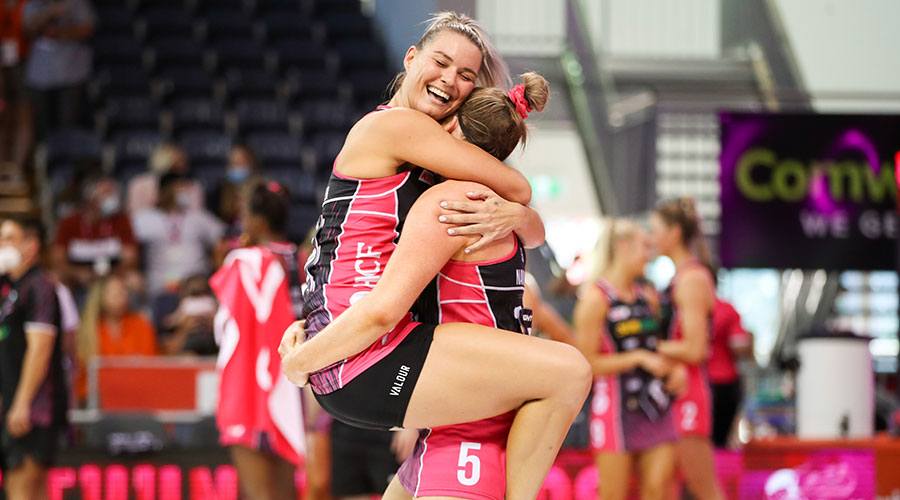 What would your reaction be if told the Giants’ visit to Adelaide would be the match of Round 2?

It’s not far fetched to suggest this could be the most entertaining clash of the weekend after both sides secured impressive on Saturday.

The Thunderbirds’ narrow win against the Ash Brazill-les Collingwood Magpies was a grafting one and there were hints of a pleasing upside for coach Tania Obst.

They were tough when they needed to be, calm under pressure and conceded just 43 penalties, the least of any team in Round 1.

Latanya Wilson was a major ball winner, Maisie Nankivell so precise, and the addition of Tippah Dwan has created attacking options and freed Georgie Horjus to have an impact in a multitude of ways.

“We’ve been banging away at our game plan now for a couple of years and we’re filling the spots with people that can execute,” Obst said.

Sophie Dwyer, Jamie-Lee Price and Maddie Hay picked up where they left off in 2021 and Matilda McDonnell played like it was her 80th game, not her first start.

More subtle was the influence of Amy Parmenter. Statistics fail to reveal what she does so well.

Her ability to steal space denied stars Maddy Proud and Paige Hadley the freedom to create for the Swifts’ attack line. 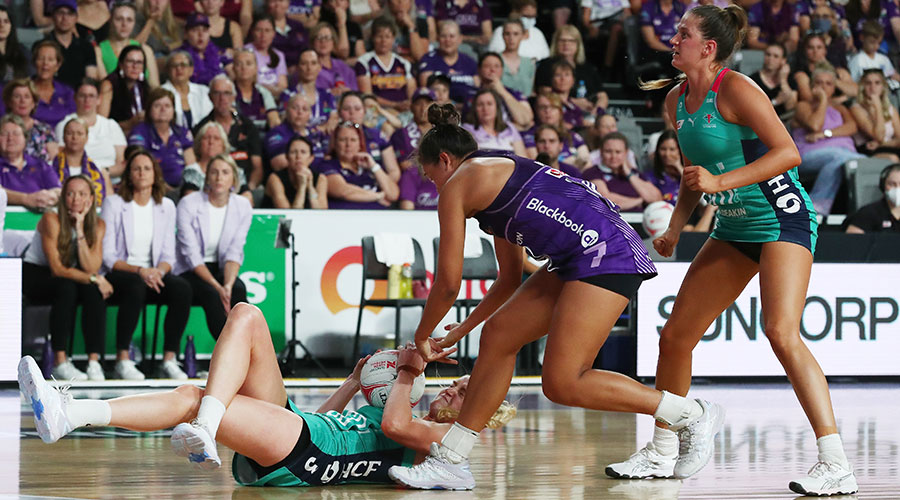 The Queensland Firebirds did themselves no favours, with a whopping penalty count handicapping their efforts against the Vixens.

“As long as we can get the line of our contesting right then I think we’re good.”